The Rebelles are 15 wondrous women servin’ up a wall of girl group greatness, all backed up by a blistering four-piece rock’n’roll band. With punk energy, harmonic panache and a bad-but-not-evil glint, The Rebelles are a unique act that you simply have to see to believe!

For over ten years The Rebelles have been taking girl group classics from the ‘50s and ‘60s and blasting them into the twenty-first century with a live show that never fails to get a crowd on its feet. They’ve sung murder ballads with Dan Sultan at the Reclink Community Cup, serenaded tens of thousands at Melbourne’s very first White Night, and wowed audiences right across Melbourne’s live music scene.

The band’s first record, The Clapping Song EP (2013), captured the excitement of their live show on 7” red vinyl, accompanied by a video that has clocked up over 300,000 hits.

‘Go! Rebelle!’ – the band’s first full length album, was released in 2015. The 14 original songs take the time-honoured themes of cars, boys, and the highs and lows of love and heartbreak, and push them a step further with a sound huge enough to match The Rebelles’ big voices and even bigger hearts.

Whatever your mood, whatever the night, you’re gonna wanna dance with The Rebelles!

“So sassy it buckles your bandy little knees in salivating admiration … This is one classy rock’n’roll band” (Patrick Emery, Beat Magazine) 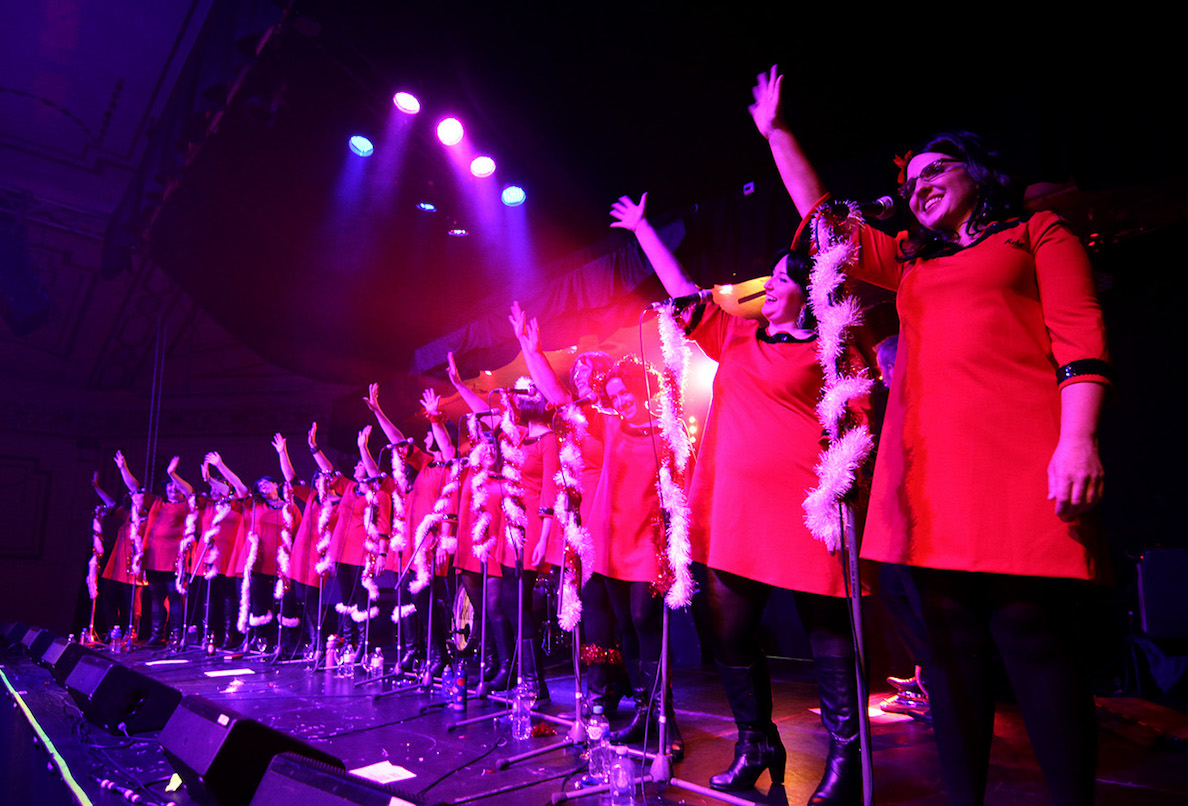 For bookings and other enquiries email therebelles@gmail.com